I cannot believe the society I live in, the things I witness other parents, mostly moms, saying about their little boys. I have witnessed time and time again moms who condone a little boy hitting back a girl. I get it, yes there are girls who can hit as hard as boys and there are topics such as self-defense. I can comprehend on some level the argument that little boys should hit back a little girl, so at least with the type of society we live in today. The one where girls and boys are supposed to be on some level playing ground, but the old school lady in me feels a boy should never, ever hit a girl. Ever. I am entitled to feel that way, while I won’t tell you that you are wrong in condoning your little boy to hit a little girl; I will discuss why I personally feel I won’t condone that behavior ever from my sons.

I guess I am slightly blessed to still have a lot of the old school mentality in me. I was also raised in a violent environment for at least the first ten years of my life. I have seen an abusive man and I have had my fair share of abusive men, I also used to be that abusive girl who would provoke men to get them angry. I have hit men, I have been hit. The things I have gone through are intense, insane and still I sit here saying I would never, ever be okay with my sons hitting a girl. Ever. I firmly feel that no matter how crazy a girl gets, no matter how mean a girl gets, that your little boy shouldn’t hit that little girl. Do whatever you can to work around it. I am a firm believer that violence returns violence and I much prefer to spread happiness, peace and amicable ways to resolve conflict without laying a hand upon another person. I have learned all of this in my experiences of a 35 year old woman. 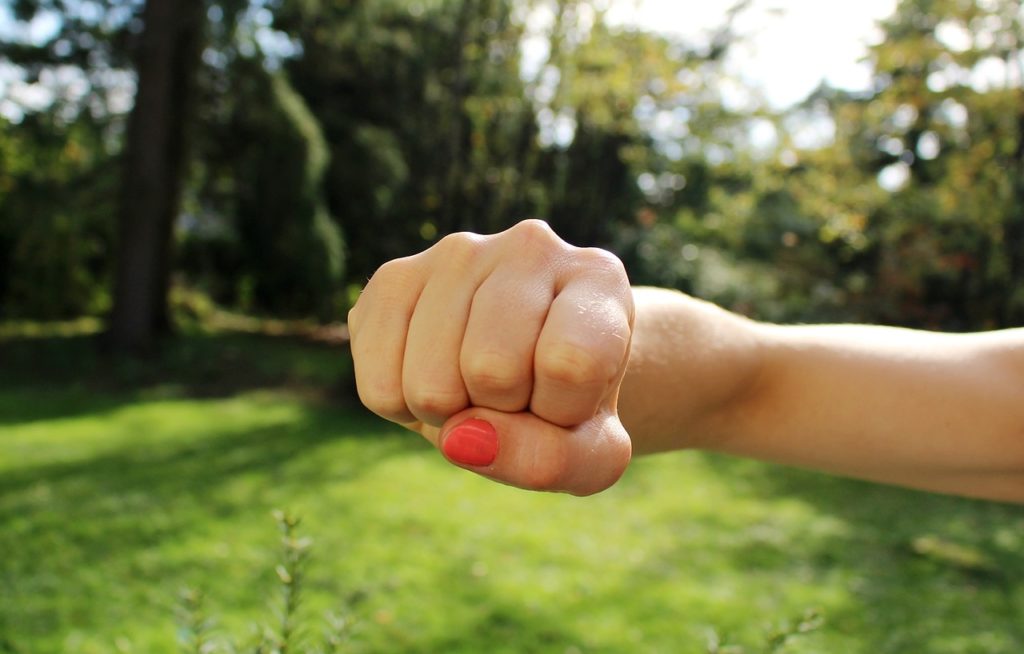 Allowing a little boy to hit back a little girl, even if said girl is “as strong as a boy” is never a good idea because you are now creating this mentality that hitting back a girl is acceptable. Little boys who are encouraged to hit back a little girl, regardless of her size and strength, will soon start to develop into teenage boys who hit girls and then become that abusive adult man who hits his spouse. Studies have shown time and time again that a boy who is allowed to hit girls at a young age will morph into that as an adult. It’s sort of common sense in my opinion.

What happened to the days when girls were raised to be well behaved little girls? No they don’t have to be princesses all dressed girly, my first born daughter is far from a princess but she was raised to be respectful, courteous and use common sense while still being a strong, leadership type young woman. My sons are still a work in progress as they are much younger, but one thing is for certain you won’t ever hear me telling them to hit a girl back. Sure, I may say if a boy hits you and you need to hit them back, go ahead but be smart about it and use violence as a last resort.

Many say that’s a double standard, sure maybe it is but that’s the uniqueness about males vs females – we are different and there should be some double standards as you call them.

When confronted with a little girl who continuously bullies your little boy, I can also see why you would say hit her back. I get it, no other methods seem to be resolving this conflict and in your protective parental role you feel that your boy has a right to “stand up for himself”. Well I am here to tell you that may be a mistake, while again I won’t tell you that you are wrong, I do feel creating this reality that your son can hit a little girl is what may lead my daughter to be in an abusive relationship and after all I have lived through, that’s the last thing I ever want for my daughter and for my sons.

I will continue keeping my mouth shut in judging you for telling that little boy to hit another little girl, after all I respect that we all raise our children as we see fit. I will sit here worried that the little boy you are telling to hit a girl is going to grow up to be an abusive man, because that’s proven to happen. I will have heartache in hearing that a woman would actually condone a boy hitting a girl. After all, I have seen what an abusive relationship can do to their offspring. I spent many years being an angry child internally because of all the violence I witnessed as a young child. I just cannot ever imagine condoning that and raising little boys who think that hitting a girl is ever okay. Please, the next time you see a little girl picking on, hitting or bullying your little boy use words to uplift that little boy. Work hard to build his self-esteem to a point where he is unbreakable. That’s the method I much prefer because it teaches my children to be who they are and never, ever let anyone allow them to feel inferior.

We don’t need violence to feel empowered; it starts deep within our souls. As parents, it’s our job to instill this self-empowerment. I firmly believe in teaching my boys that they are strong, resilient and independent souls who do not ever need to hit another human being and hitting a little girl would have tremendous consequences because it simply is just not right.