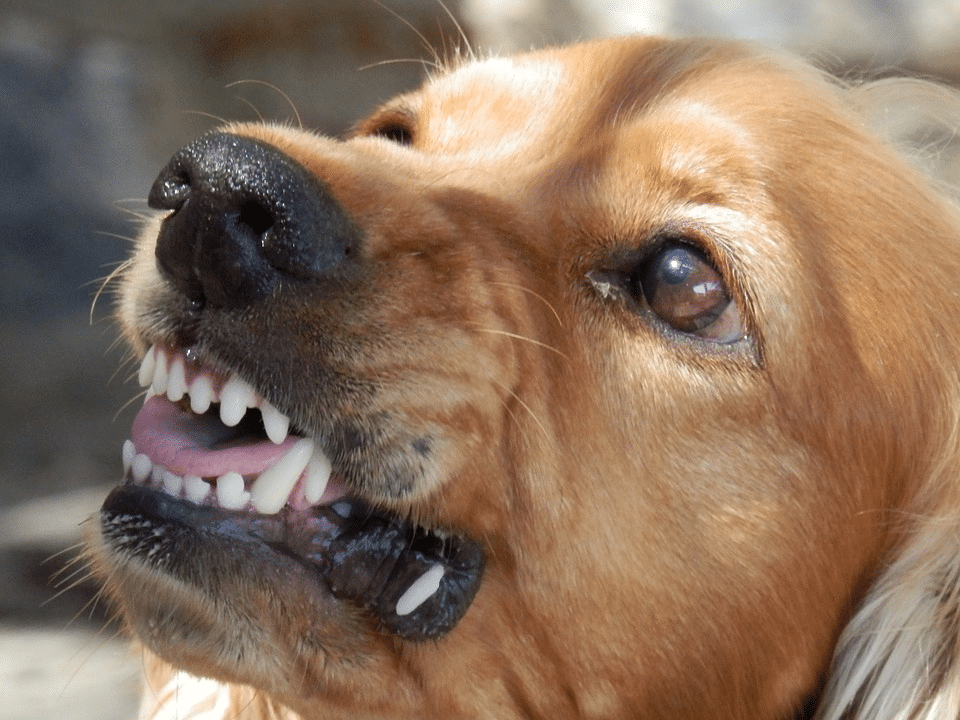 If you have your own dog and have noticed a sudden change in their behaviour that’s rather aggressive, like baring their teeth and lunging forwards, then it can be very difficult to know how to manage it. You wouldn’t want to do nothing, as the problem will get worse until you can’t take your dog out in public without a nozzle, and that’s never something an owner wants to do.

The best way to go about dealing with your aggressive dog, is finding out where it’s all coming from. While your dog isn’t necessarily able to tell you the root of their problem, they will definitely be able to give you clues in terms of the signs that can be picked up. The sooner you know, the sooner you can help them.

It’s important to remember that a dog isn’t aggressive because they want to be, or because they’ve just woken up on the wrong side of the bed, so to speak. It’s because they are dealing with something that is causing them to act out and be on edge all the time. So whatever you do, don’t get angry and lash out just because your dog might be – it’ll only end in tears.

Here is a list of the most common causes of aggression in dogs.

If your dog feels as though he is in danger of being attacked or hurt, they will either run away, or defend themselves, resulting in them turning aggressive. This happens when they are backed into a corner and can’t turn or escape what they feel in danger. Even slight things like raising your hand to a dog – regardless of what your, or someone else’s intentions were – they will go for it in fear that they were about to be hit. Most dogs will only ever behave this way when they have good reason to, even more so when they’re in new company and don’t know the person or animal enough to trust them yet. If your dog’s behaviour has always been this way, then you are right to question his living circumstances when he was a baby before he came to you. In that case, you will need to work very closely and carefully with your dog to teach them that they’re safe now with you, and you don’t pose a threat to them.

Illnesses can be the cause of your dog acting out, because they may be in a lot of pain, and pain makes anyone feel cranky. They may have some serious problems like a brain tumour, rabies, and thyroid disease. Or it may be something that can be treated very quickly as long as you catch it early, like fleas. They are irritating, and no matter how much your dog scratches, the pain will only get worse. It’s essentially unescapable until you get the right treatment, so have a look at websites for more info on what kind of medication your dog will need. If left untreated, your dog will end up hurting himself more than the fleas by tearing out their own fur and scratching away at their skin until it bleeds. So save them from this torture and get them sorted out.

This can happen when your dog gets possessive over something. This could be their toy, their food, their bed, the garden, the sofa, or anything else that they have claimed. It doesn’t need to be something they own – it’s just their idea of what they think is theirs. This can happen at any time throughout their life, so it’s your job to put them back in their place, as you are the owner, and they are the pet. They may show you signs of their aggression by growling and baring their teeth when you or someone else gets close to a particular item. You might go to give your dog a stroke while they are chewing on their toy, and then get bitten. It’s important not to show your dog fear, because this will only feed into what they already think they’re doing is correct. You need to nip this kind of behaviour in the bud as soon as you notice things like this.

Sometimes dogs get aggressive because they are trying to establish some dominance whether that be towards other dogs which is most common, but sometimes even towards humans. They try and do all they can to show that they’re in charge by being aggressive and scary looking. If they feel as though their dominance is being challenged, they will growl, bite, and spit to put any other challengers in their place. If your dog is doing this when you try to move them off the sofa or keep them from tugging on their lead, make sure that you know how to handle them. You should never fight aggression with aggression, but you should show them that you’re the boss by making a sudden loud noise and never breaking eye contact until they do first.

When your dog is turning aggressive because they are frustrated, there is a known name for this, being barrier frustration, or redirected aggression. This essentially means that they are feeling this way because they aren’t able to do something that they want to, which leads them to take out their frustration in an aggressive way. Just think of it as how we sometimes get angry when driving because someone cuts you up, resulting in your honking your horn and saying curse words. A good example for why dogs get like this is when they are tied up for long hours on end in the garden, and they try and try to get to the other side so they can greet the dog next door. Because they are unable to, they will strain themselves and be very vocal by barking and growling because there’s nothing else that they feel they can do. Then when you go out to let them back inside or to see to them, they may go and bite you because they have all the pent-up anger inside themselves.