You know those feelings you get as a parent when you are walking on egg shells, second guessing yourself about decisions, feeling guilty about doing too little? Or is it too much? Am I doing it right? Am I at least acting like I know what I’m doing? Am I being too much me and not enough a parent, or am I being too much a parent and not enough me? Add 20 hormone-starved pounds, some gray roots, a little less energy, and you have today’s grandmother. At least those of us who worry too much and are honest about it. 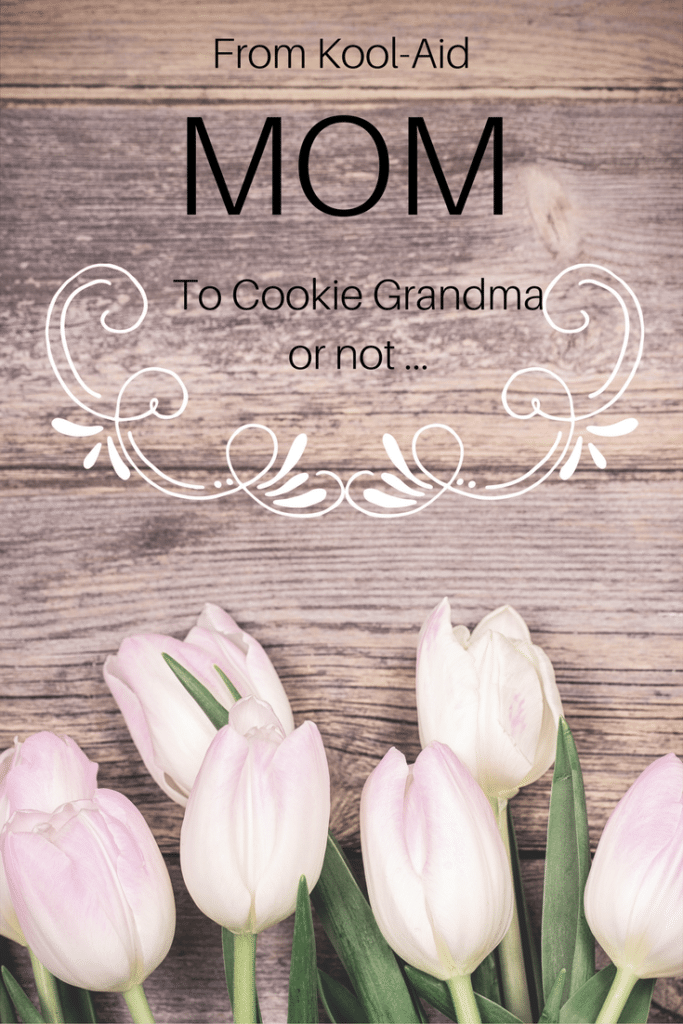 As a child, I imagined what I would look like as a mother. In this fantasy, I was outside in a grassy yard and I was serving Kool-Aid to the neighborhood children as the sun shone and the wind gently tossed my hair. I smiled with my shiny red lipstick from the Avon Lady, and the children laughed and admired this cool mom whose house was the place everyone wanted to be. I knew exactly where this image came from, and there was even a name for it in ‘60’s-‘70’s advertising: “The Kool-Aid Mom.” What I did not know was that becoming a mother didn’t mean the rest of life was in suspended amination. There were still bills to pay, politicians back peddling on the news, dog poop in the yard, a significant other who was also not TV commercial casting material, and that person in the mirror who never seems to be “done.”  Now in my defense, as a child you role-play, immersing yourself into a fantasy with little knowledge of character complications and real life.  I would of course not make that same mistake when I became a grandmother.

As a young adult, I imagined what I would look like as a grandmother. You know where I’m going with this, right?

Today’s grandparent is living in an age where youthful appearance is revered, yet our image of the gray-haired lady with the plate of cookies on the shiny porch (I have a thing for family icon stereotypes in sunny yards, apparently) is the image we hold as the ideal. Like new parents, we are more than excited to take on this new role with that same feeling of a love so deep, we could not imagine it; yet also like new parents, we have no idea what we’re doing, as our roles are being redefined as the term “age-appropriate” becomes more fluid.

I became Mimi, and I can’t wait to tell you about my adventures with The Five Grands, as I call them! I still have moments of doubt, anxiety and feeling not good enough, but that’s how I know I’m doing this as myself.

About the Author – Diana Fox

Diana is a former early childhood educator who loves writing, all needlecrafts, playing the harp, and just being silly with her large family. She enjoys traveling, then returning to her country life in New Hampshire with her husband, collie, cat and chickens.